Preparedness is the key: A reminder by the tragic floods in Nepal

On June 15, 2021, at 3 PM: Devraj Subedi, station manager of Radio Melamchi made the following emergency announcement: “The overflowing Yangri river is likely to cause heavy floods in Melamchi.” The information was received from an elected official of the area just moments earlier. After the first live announcement, Dev recorded the message and played it repeatedly over the next hour. 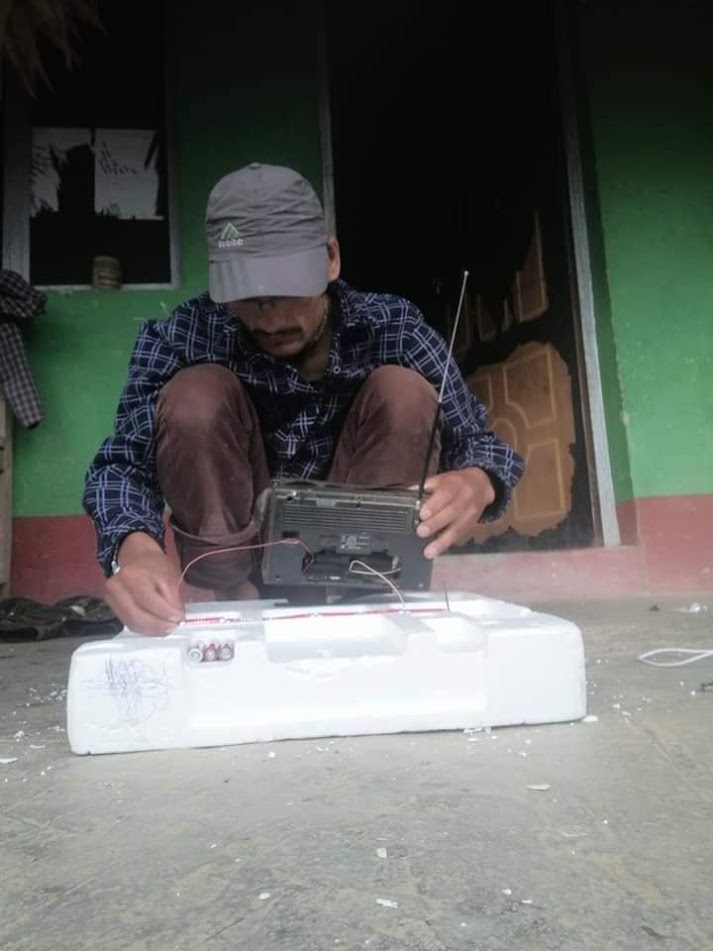 A local listener of Radio Melamchi fixing a radio set.

Unfortunately, the forecast turned out to be accurate. Floods inundated the municipality within an hour of the announcement. The community radio station too was affected, and staff and volunteers had no option but to abandon it for their own safety. Soon, the station and everything inside was flooded and the recently constructed building and expensive equipment became a story of the past. Not surprisingly, Dev, the founding station manager who toiled hard for nine years to make Radio Melamchi the most sought-after broadcaster in the area was grief stricken.

Four days after the floods, the station resumed its services, albeit in a makeshift manner, with a mixer and laptop made available by ACORAB, the national association of community radios in Nepal. Despite the shocking tragedy, Dev and entire radio team are working hard to make sure that the flood affected community is not devoid of life-saving information. 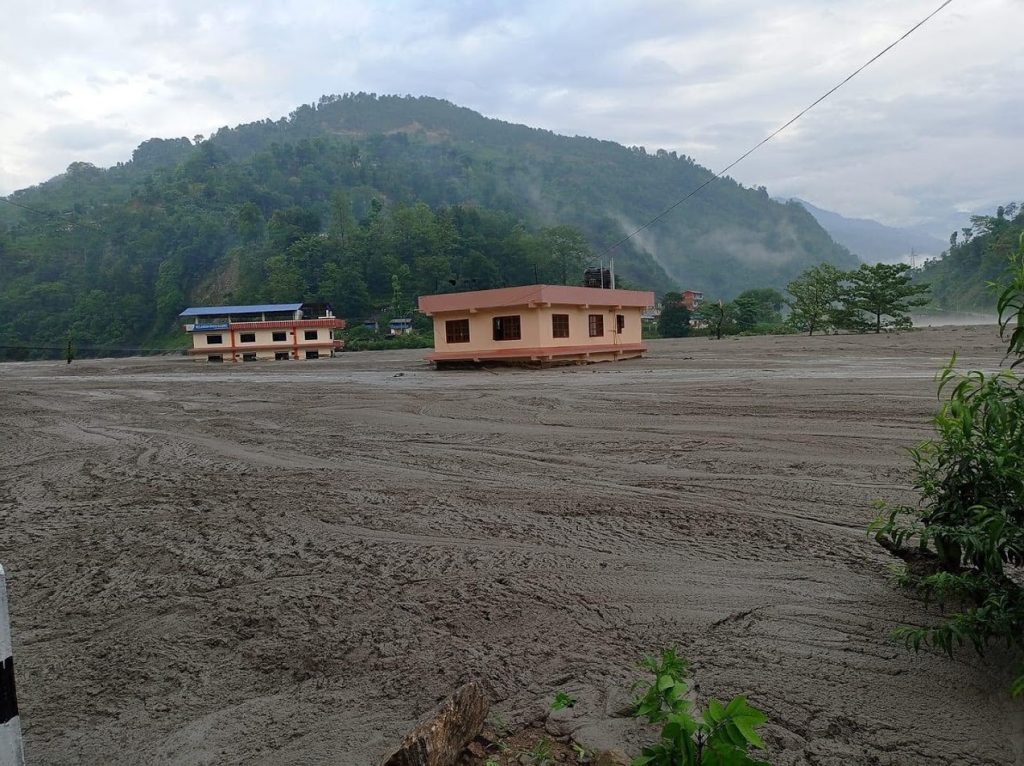 Radio Melamchi studio after the flood.

The fact that Radio Melamchi resurrected itself within four days of the catastrophic devastation is a resounding demonstration of the zeal and commitment of community radios to serve communities despite having to reckon with tragedies of a humongous scale. Notwithstanding personal losses, station staff and volunteers have endured and continued to work. There aren’t enough words of admiration for Radio Melamchi.

At the same time, the tragedy has underscored loud and clear, yet again, the vital need for community broadcasters and supporters to focus on disaster preparedness. Indeed, this lesson is true not only for Nepal but for all of South Asia. Losing community signals in rural South Asia means a complete blackout of information, which can be ill-afforded, especially in times of devastation. 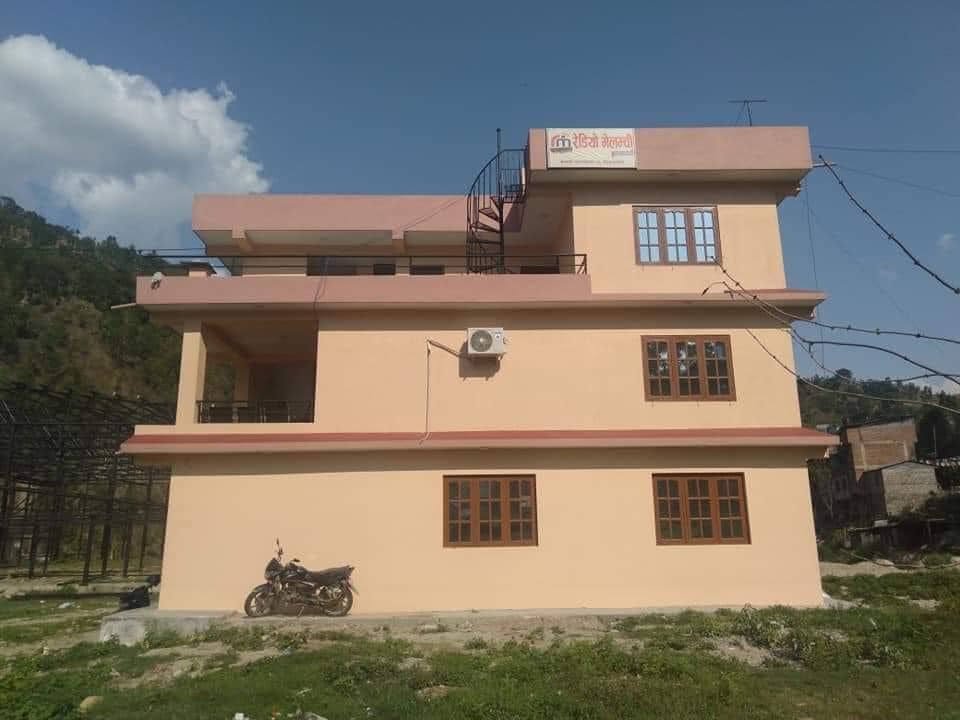 Radio Melamchi before the flood.

The discussion around disasters vis-à-vis community broadcasting gained momentum in Nepal soon after the Gorkha earthquake in 2015. While supporting affected stations, the World Association of Community Radio Broadcasters (AMARC) Asia-Pacific region spent considerable resources in raising capacities of community radios towards enhancing resilience of the broadcasters so that stations could survive disasters and continue to serve, despite formidable challenges. Some of the main issues highlighted during the discussions with the stations pertained to the following issues:

These are topics that need to be continuously revisited across South Asia if the sector is to minimize the losses of the stations and local communities. While it is difficult to talk about precautions when member stations are suffering heavily, neglecting preparedness will only mean a never-ending cycle of devastations and more tragic losses. 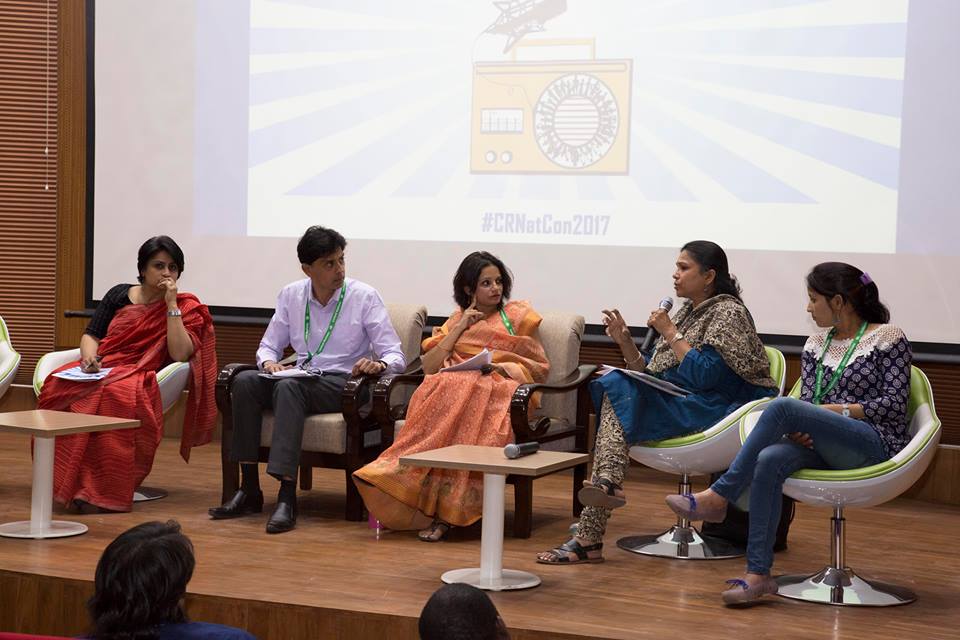 Inclusion for all: Community Radio for the Unheard