India is ranked among the top five countries of the world that face natural disasters at regular intervals. The country has seen more than 300 disasters including droughts, floods, earthquakes, epidemics, floods, storms, and landslides in the last 17 years. According to the International Disaster database these disasters have led to suffering and death of over 1 billion people and large-scale economic damage.
The World Risk Report 2016 suggests that while India may not be at as high a risk as compared to other countries studied, it lacks preparedness. Although we do have a National disaster management system, the focus has often been on relief and response, with little emphasis on preparedness and building community capacity. However, the last few years have indeed seen a shift to a more multi-dimensional approach for reducing risk.
In this context, Community radio plays an important role in enabling communities to assess their risk to disasters and prepare for an appropriate response. Internationally and in South Asia, Community Radio (CR) has played a stellar role in enabling communities overcome floods and earthquakes. However, CR stations need constant capacity building to assist them in developing protocols for response and strengthen local response networks and partnerships that can be activated at the time of disasters. 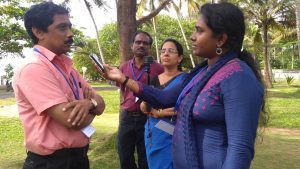 CR advocates have been calling for the inclusion of community radio stations within the overall mechanism for disaster response and undertake appropriate measures to strengthen CR capacities. Over the past five years these advocacy efforts have borne fruit through two critical long-term programmes led by Ideosync Media Combine. 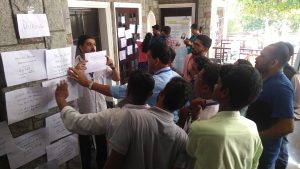 Disaster response requires a mix of technical understanding and access to scientific data along with the ability to design and communicate these in simple local dialects to communities. Further, efforts towards preparedness need to be sustained, especially in disaster prone areas, and response cannot just be focused on a pre during and post disaster period. Ideosync’s work on disaster response with Community Radio stations began in the aftermath of the 2013 Uttarakhand floods when the telecom network failed completely.
It was the local radio stations that took the brunt of informing the communities on rescue and rehabilitation support along with connecting lost individuals with their families. The work was sustained by forging a consortium of seven Community Radio stations from the Himalayan region, supporting ethnographic research using oral histories of communities and their understanding of the fragile Himalayan environment to prepare locally relevant protocols for response, supporting content on disaster preparedness, climate change and risk reduction. This initiative led to a special policy with the Uttarakhand State Disaster Management Authority that included sustained support mechanism for CR stations.
In 2018, when the South Indian State of Kerala was hit by the worst floods of the century, Ideosync with support from UNESCO IPDC implemented a yearlong initiative with the CR stations in Kerala. To begin with, an extensive assessment was conducted by Ideosync, which showed that all the 11 stations played an important role in responding, rescuing, and informing their communities on the disaster updates during the floods. However, they needed technical support and specialized content design training. The assessment revealed lack of technical knowledge of the subject and emergency resources available to them for reducing the risk to their station as well as their communities. 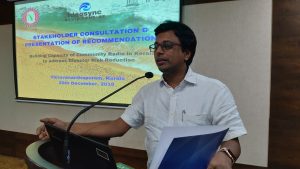 Ideosync worked with all 11-community radio stations in Kerala and in partnership with the Kerala State Disaster Management Authority (KSDMA) and conducted an in-depth five day training programme on all aspects of Disaster Risk Reduction including the technique of reporting on DRR, building emergency protocols for their own radio station and long term community-based planning for disaster.
During the training Community Radio reporters created emergency protocols like a SOP (standard operating procedure), emergency organogram (who will do what when an emergency occurs), broadcasting schedule of the content in pre-post-during disasters for their station; and a vulnerability map of their immediate community as well as their station. 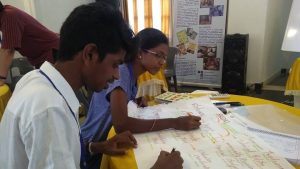 It is critical that the state’s disaster management cell and the State level public information departments prioritize the role of community radio. Therefore, a series of stakeholder consultations were conducted to initiate this dialogue and engagement between the radio stations, civil society organizations and KSDMA. The intervention succeeded in bringing key stakeholders together and strengthening the response plan. A set of recommendations on establishing a state level framework for integrating CR in DRR were also developed and submitted to KSDMA on behalf of CR stations, advocates of CR-DRR linkage and civil society organizations. 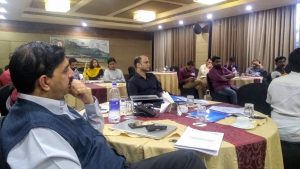 Participants at the Consultation meeting in Kerala

The engagement culminated in setting up a platform for the radio stations in Kerala to access KSDMA in times of disaster and for KSDMA to have a CR-inclusive approach towards disaster preparedness and resilience. These local radio stations are now included in all press briefings of KSDMA on disaster updates.
In response to the current COVID-19 pandemic as well, Ideosync is already engaged with over 40 community radio partners, enabling them to put out Fact Checked information. This initiative will be further expanded and strengthened across 2020.
Such initiatives with Community Radio are critical to empower local voices and strengthen local resilience and work towards an appropriate, culturally sensitive and gender responsive engagement during times of disasters.

Chair to speak on ‘Liberating Radio News From Government’