Around 10 am on the morning of April 14, villagers in Sangli, a village in Maharashtra close to the Karnataka border, were getting anxious. Their future and livelihood depended on what the Prime Minister, Narendra Modi had to say on television. The Prime Minister was about to address the nation after the inevitable 21-day lockdown due to the COVID-19 pandemic spread across the country. It had heavily rained the other night due to which the drought-prone village’s electricity had broken down and had not been restored yet. Many stared at their blank TV screens unsure of what was to come, while others tried frantically to access the internet for the live telecast. The limited network connectivity in the area added to their woes.

Meanwhile, Uday Godbole, station-head of Yeralavani community radio (CR) station was getting frenzied messages in the station’s WhatsApp group from the villagers. Quick to act from his home, he advised the radio operator in the station to connect the station’s TV to the radio and broadcast the Prime Minister’s speech live. As a result, hundreds of villagers listened to the Prime Minister’s speech through the CR station, Yeralavani 91.2 MHz. Subsequently, the operator translated the highlights of the speech in both Kannada and Marathi for the listeners. This was just one of the instances of how CR stations across India have become crusaders fighting rural India’s battle against the pandemic COVID-19 by disseminating information and spreading awareness. 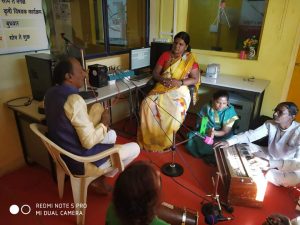 India reported its first case of confirmed coronavirus on January 30, 2020. The number of cases increased day by day. Finally, on March 11, the World Health Organisation (WHO) sounded the dreaded warning bell and declared it as a pandemic (source – WHO) With just one positive case in January, the number of positive cases swelled to 519 cases by March 24 (according to the data released by Ministry of Health and Family Welfare (MoHFW)) compelling the imposition of a lockdown. CR stations across India sprang into action. Although many stations had been actively engaged in spreading awareness before the lockdown itself, the challenge now was to operate under minimal resources, and sometimes from within the confines of home.

According to the president of Community Radio Association (CRA), Mr. N.A. Shah Ansari, more than 75 radio stations out of the 276 associated with the organisation, are actively engaged in producing content related to COVID-19. Most of the stations are working with one or two employees at the station, taking shifts. Others are working from home, producing, and sharing content through WhatsApp and Telegram. Stations like Mann Deshi Tarang Vahini 90.4 MHz and Yeralavani in Maharashtra – the state with the highest number (2,337) of positive cases as of April 14 (source – MoHFW) have been roping in experts from different fields. These include doctors, Asha workers, psychologists, teachers, local authorities who have been contacted over the phone. Their interactions have been broadcast through radio even as the producers have conformed to the norms of social distancing and have not left their homes. Through these programmes, listeners are informed where to get essential services, how to apply for government relief funds, how to practise quarantine and social distancing. “We ask them for short one-minute messages, which we then convert into PSAs and jingles and broadcast. They are also involved in spreading the awareness,” says RJ Anup Gurav of Mann Deshi Tarang station. 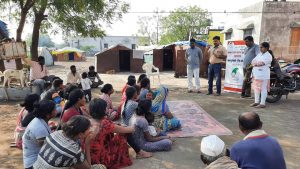 While the CR stations have been creating awareness programmes on safety measures to avoid the spread of the virus, they are also responding to other issue which have been aggravated by the lockdown. As the entire nation is fighting against an external virus by staying inside their homes, women and children often fight battles of domestic violence and abuse within these confines.

The number of domestic violence cases has increased two-fold according to the data shared by the National Commission of Women and reported by the Economic Times and Outlook magazine. Outlook magazine reported that the total complaints from women rose from 116 in the first week of March (March 2-8), to 257 in the final week (March 23-April 1) (article dated April 7, 2020). The Economic Times reported (article dated April , 2020) that the Childline India helpline received more than 92,000 SOS calls asking for protection from abuse and violence in 11 days. The reports pointed out that many women were unable to go out or report to the police about the violence and abuses due to the lockdown. To address the problem, Mann Deshi Tarang Vahini 90.4 MHz has come forward with a programme titled ‘Mahila Vishesh Prasaran Sabha’ where they advocate against domestic violence and abuse. The show is anchored by woman reporter and has the option for live-in phone calls and support from experts.

Another CR station, Kadal Osai, working among the fisherfolk community in Rameshwaram has incorporated coronavirus-related updates in their daily shows, without altering its essential programming. “Students have been mentally affected by this unprecedented situation. Many students were preparing for their board exams and the exams were postponed. We have tied up with teachers and they are teaching them through the radio every day from 3 pm to 5 pm. We are also actively working with the local administration and giving updates to the community. The fishermen could not fish due to the bad weather and then the lockdown came…. They have been stranded at home; the trawling ban period is also approaching. We are trying to provide them with local information so they will maintain social distancing but will have access to essential services,” says Gayatri Usman, station head of Kadal Osai. 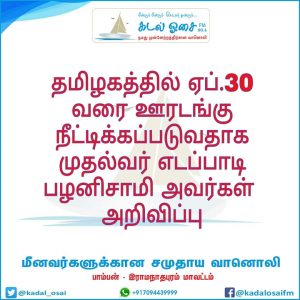 Brahmaputra CR station in Assam has been translating its COVID-19 related content into four languages Assamese, Sadri, Hajong and Mising. “We are focusing on providing positive news. We are having a lot of updates related to corona, (but) we do not want people to feel dejected with the news. We stay away from broadcasting provocative programmes, and we also bust fake news. We are in partnership with the Assam Medical College, the police, and the local administration. If we come across any fake news doing the rounds, we get in touch with the experts and issue a clarification,” says Bhaskar Jyoti Bhuyan, station-head of Brahmaputra CR. 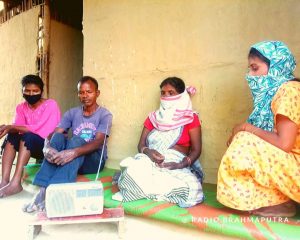 As a result of the lockdown, many stations are facing a financial crisis as private advertisements have decreased to an all-time low. “CR stations haven’t been receiving any advertisement from the Ministry of Broadcasting (MIB) or DAVP for a year now. The CR stations are providing on-time, real time information for the locals use. The reporters are working from the field in many places. They are putting their lives in danger. It is the government’s duty to promote CR stations,” says N.A. Shah Ansari.

FoD Express is in your village! 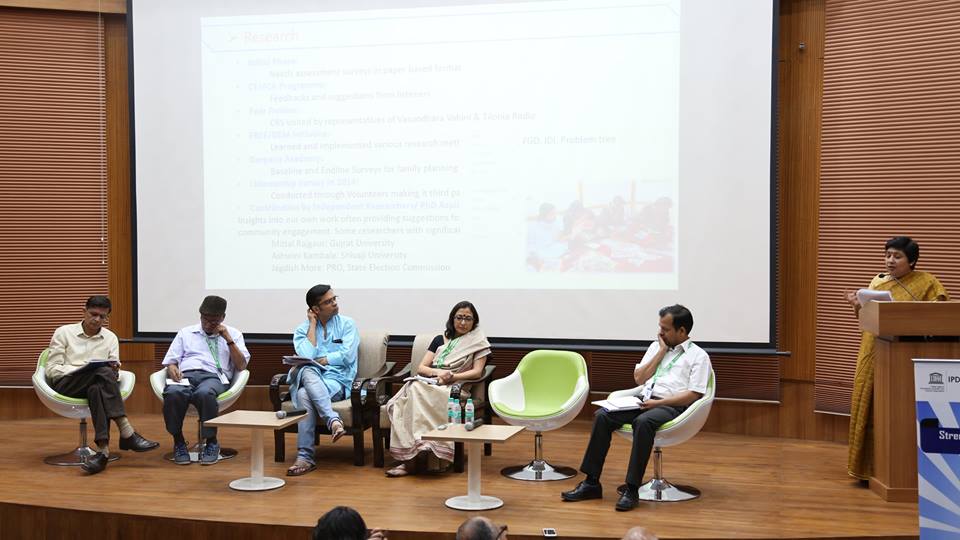 Manifold Participation To Be The Headway For CR Research